Great Eastern General Insurance Ltd and another v Next of Kin of Maripan Ponnusamy, deceased [2020] 5 SLR 933

Our client was a hard-working, responsible and diligent security personnel who usually worked the night shift.  He was generally healthy to carry out his work but was diagnosed with hypertension and diabetes. One unfortunate day, while patrolling the grounds in the middle of the night, he fell.

No one saw him fall. He lay on the ground till someone came to him in the morning.  He told the doctors that he felt like falling. The insurers disputed the cause of the fall claiming that it was an inherent cause. DLLC argued that he tripped and fell or he fainted due to fatigue.

We won for the client but the insurers appealed. We fought again persuading the Appellate Court that it was an accident as defined under the Work Injury Compensation Act (WICA).

Our clients’ father was a supervisor.  He worked hard each day starting work at 7am till late.   One fateful day, it was during the late afternoon tea break and one of his workers knocked on his door offering a cup of coffee.

Our client did not respond, and he was found motionless.  Our clients were the dependants and made a claim.

DLLC argued for the tenant that forfeiture of the security deposit would be deemed a penalty clause if it was not utilised for a specific purpose.

Assessment of damages for fatal accident victim and their dependents.

”“My case was very well handled by DLLC team. It was great that DLLC could settle my claim so quickly in 8 months. I feel so relieved that the lawyers resolved my matter with such speed and ease.”

”“The whole team of DL Law Corporation had handled my wife case to the utmost professional. They are a company that will surely fly due to their utmost fantastic way of handling my wife’s case against a salon. My family would like to thank all the staff in DL LAW CORPORATION. Especially to Mr Anil and to Mr Roy. God bless and I pray that DLLC Law flies sky high in the future. Thank you.”

”“Thank you DL Law Corporation. Mr Punia is a very humble person and helped a lot with my case. He’s always ready to help the needy people and the best thing is that he always puts service over fees and offered satisfactory results.”

”“DLLC provides service with a professional attitude, ensuring that all aspects are being taken care of. DLLC also follows up tightly on every steps to ensure that the procedure is completed on a timely basis.”

”“DL Law has provided excellent service in my recent case. Their team is very reliable and meticulous. Special thanks to Winnie and Adrian, who were there for me every step of the way and had great patience with all my questions. Would definitely recommend DL Law Corporation.”

”“Ms Prasanna would have to be the most amazing and caring lawyer and I couldn’t have asked for better representation and an even better outcome. Ms Prasanna and her legal team, over the course of three years, fought very hard for me. They all went above and beyond what one would deem necessary. They were available to me at anytime, my needs were put first at all times and they were truly professional in supporting my case and myself right to the very end. I felt reassured throughout the whole process and thanks to this professional team, I am now able to move forward. You are in the best hands when Ms Prasanna is helping you.”

Let Us Help You

Please enter your details below and we will get back to you in 1-2 business days. 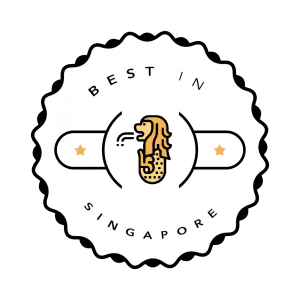